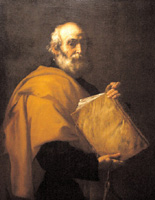 The Master Paintings from the Spanish School include pieces that date back to the 16th century and Spain’s Golden Age. Among the works in the collection are Ribera’s Saint Peter, El Greco’s Christ Carrying the Cross and Feast in the House of Simon, Murillo’s Portrait of a Gentleman Holding a Hat, and Goya’s Admiral José de Mazarredo and Marquis de Caballero.

The CINTAS Fellows Collection is believed to be the largest gathering of Cuban exile art anywhere. More than 200 artists are represented in the collection through a wide variety of media including paintings, prints, photographs, drawings, films, sculptures and installation art. The vast scope of the collection reflects the heterogeneous nature of the artistic production of Cuban artists, spanning across various generations, and their significant aesthetic and historical contribution to modern and contemporary art.

Between 1993 and 2011, the CINTAS Fellows Collection was on long-term loan to the Frost Art Museum at Florida International University. During that time, the Frost organized several exhibitions of the fellows' work, including The work of Hugo Consuegra, Agustín Fernández: A Retrospective (1992), Photography by Cintas Fellows (1993), Guido Llinás and Los Once After Cuba (1997), José Bedia (1999), From the Ground Up: Eduardo del Valle and Mirta Gómez (2001), Waldo Díaz-Balart (2002), Vision Revealed: Selections from the work of Abelardo Morell (2004) and A Room of One’s Own with Teresita Fernández, María Elena González, Quisqueya Henríquez and María Martínez-Cañas (2006).