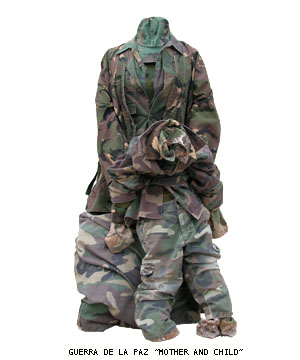 The CINTAS Fellowships have given Cuban artists "the incentive to work, the hope of a viable future, the self-respect, and in many cases the material means to do well in a highly competitive society to which they had arrived in the worst possible circumstances," wrote the late artist and first CINTAS winner Daniel Serra-Badué.

In 1988, the Foundation granted Lifetime Achievement Awards to the celebrated painter Enrique Riverón and to Lydia Cabrera, the distinguished ethnographer and writer on Afro-Cuban religions. In 2003, the late novelist Guillermo Cabrera-Infante and the architect Nicolás Quintana received Lifetime Achievement Awards. In 2006, Cuban architects Max Borges and Ricardo Porro were honored with the CINTAS Lifetime Achievement Award. In 2007, Cuban musician Bebo Valdés was honored with the first William B. Warren CINTAS Foundation Lifetime Achievement Award in Music Composition. In 2009, Margarita Cano was honored for helping to shape a major art collection for the Miami-Dade Public Library system and for her dedication as a member of the CINTAS Board for over 30 years; Aurelio de la Vega was recognized for his contributions as a composer and educator. Also in 2009, Ana Mendieta, recognized for her pioneering work in performance-based art and land art, is the only artist posthumously honored by the Foundation. In 2010, Carmen Herrera, one of Cuba’s first abstract painters was honored.

In 1977, the first exhibition of works by CINTAS fellows was organized by the Miami-Dade Public Library System, with Foundation board member Margarita Cano as project coordinator. Held at the Library’s galleries, the exhibition included 57 pieces representing Cuban artists living in the United States, as well as Spain, France, Puerto Rico and Colombia. In 1987, the Foundation marked the 100th anniversary of Mr. Cintas’ birth with a second exhibition, CINTAS Fellows Revisited, also at the Miami-Dade Public Library. The 1987 traveling exhibition Outside Cuba was the first major show of contemporary Cuban artists since the Museum of Modern Art in New York staged Modern Cuban Painters in 1944. It featured 48 Cuban exile artists, 33 of them CINTAS fellows, and traveled to New Jersey, New York, Oxford (Ohio), Puerto Rico, Miami and Atlanta. The exhibition was a joint project of the office of Hispanic Arts of Rutgers, the State University of New Jersey, and the Research Institute for Cuban Studies of the University of Miami.