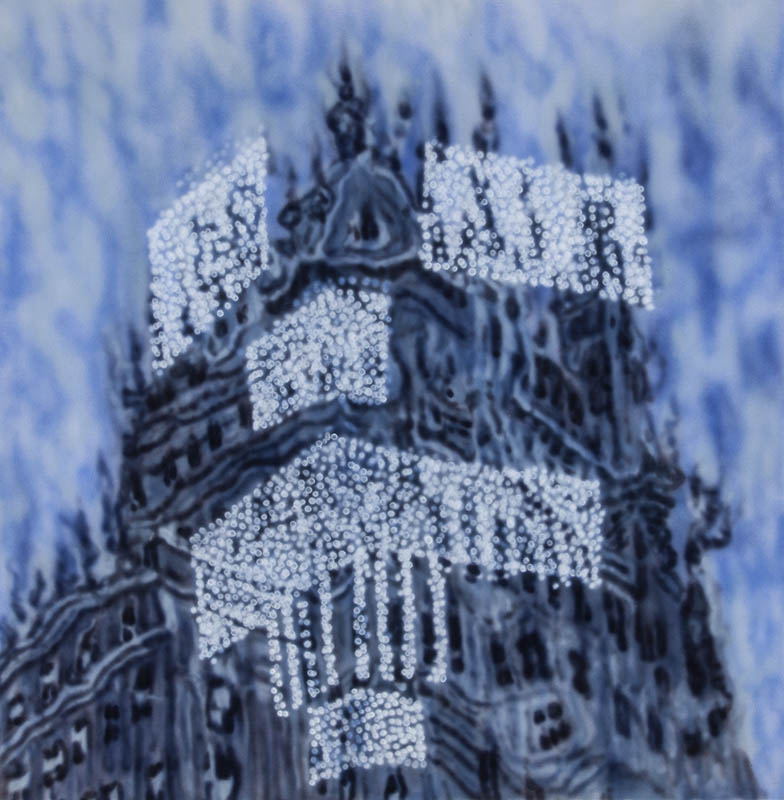 Arturo Cuenca (b. 1955, Holguin) After studying art and literature at the Escuela Nacional de Bellas Artes San Alejandro and the Escuela Nacional de Instructores de Arte in Havana, Cuenca taught briefly at the Instituto Preuniversitario 8 de Octubre in El Cotorro. He won several prizes for engraving, photography and installation in Cuba before moving to Mexico in 1989 and finally to the United States in 1991. He has been exhibited widely, both nationally and internationally. In 1995, the Center for Curatorial Studies in Bard College held a one-man show, Arturo Cuenca: Modernbund. That same year, the Museum of Art in Fort Lauderdale hosted Sharing Roots: Cuenca and Gory. His work is in several permanent collections, including the Art Space Gallery in Rotterdam; the Museo de Arte Moderno in Caracas and the Museo Nacional de Bellas Artes in Havana. (CINTAS for Visual Arts, 1992-93)