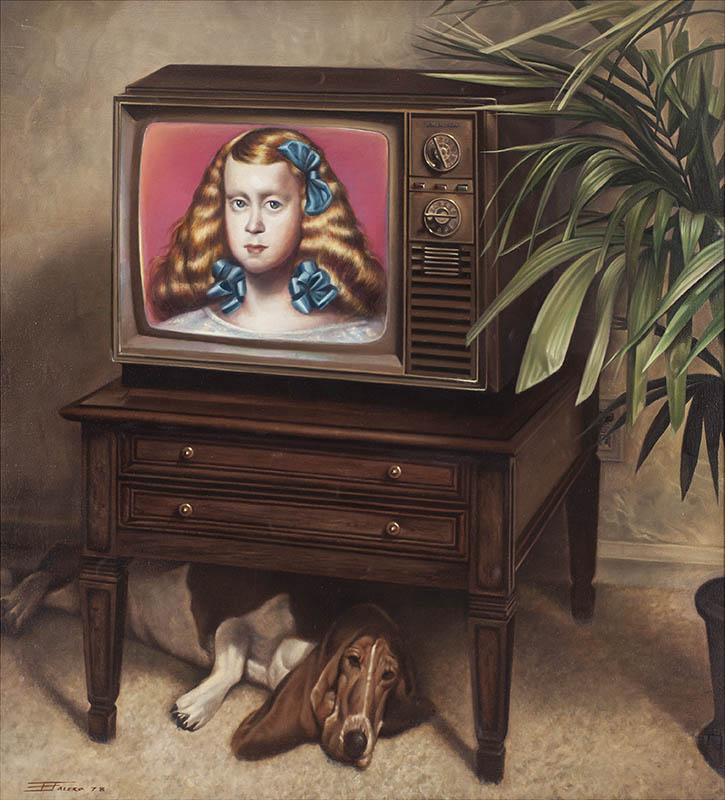 Emilio Falero (b. 1947, Sagua la Grande) Highly influenced by the Spanish masters whose work he often quotes in his large paintings, Falero is the winner of a Ziuta and Joseph James Akston Foundation Award from the Society of Four Arts in Palm Beach. He has shown his work in galleries and museums such as the Museum of Art in Fort Lauderdale and the Museum of Modern Art of Latin America in Washington, D.C. His work was included in the Outside Cuba exhibition, the Miami Generation traveling exhibition and the Cuba-USA: The First Generation traveling exhibition. His work is in the permanent collections of the Lowe Art Museum at the University of Miami and the Miami Dade Public Library System, among others. He studied at Miami-Dade Community College and Barry College. (CINTAS for Visual Arts, 1977-78)