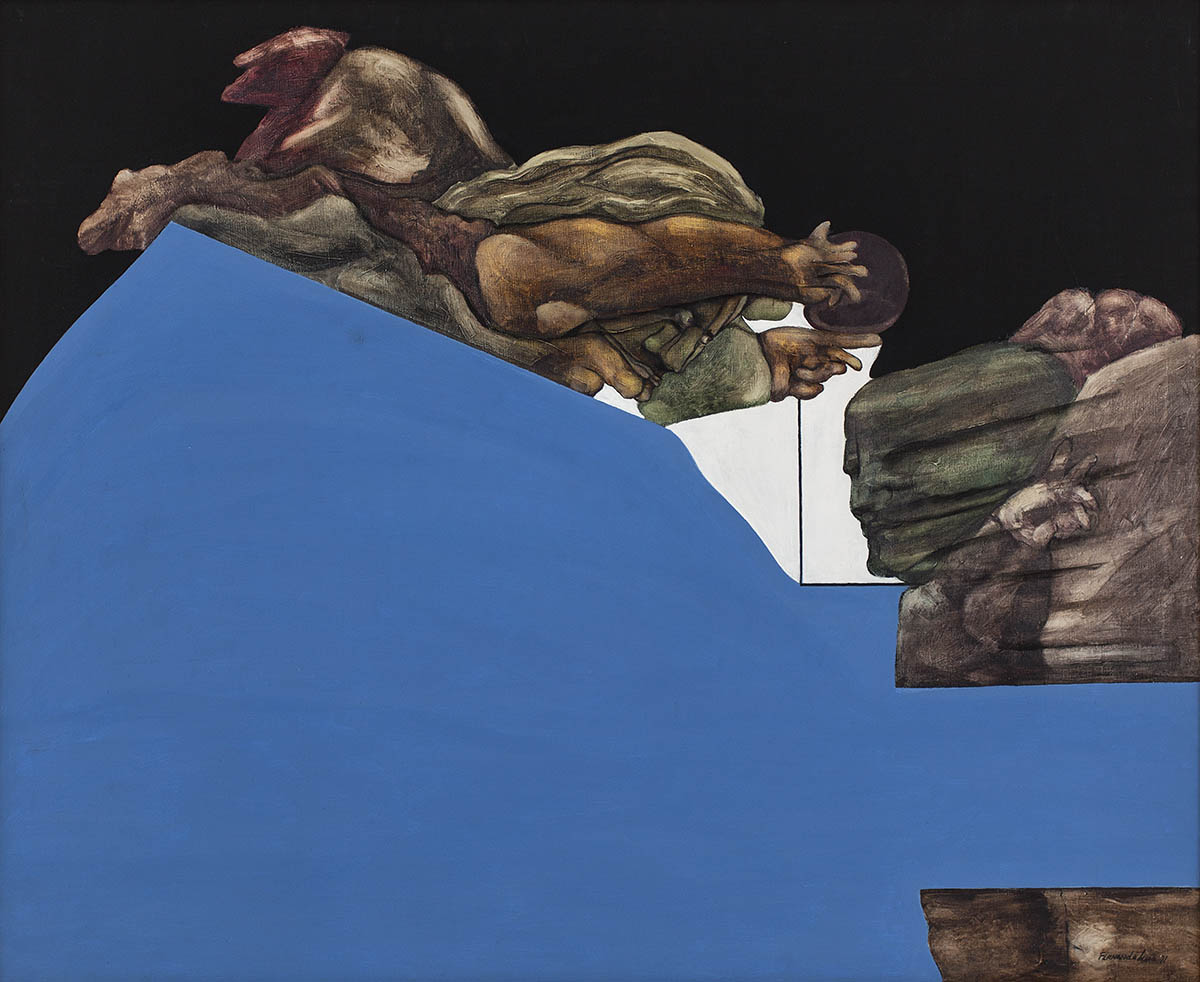 Fernando Luis Domínguez (b. 1932, Havana - d.1983, Miami) The large surrealist paintings that Domínguez produced toward the end of his career were only one aspect of his art, which also included drawings, engravings and ceramics. His work, first shown at the Lyceum in Havana in 1962, has been exhibited internationally and was included in the Outside Cuba exhibition. He received an honorable mention at the IV Paris Biennial and an award for drawing at the VIII International Competition of the Fundación Joan Miró in Barcelona. His works are in the permanent collections of the Museums of Modern Art of Madrid, San Sebastian and Santiago de Chile, and in the Museo Nacional de Bellas Artes in Havana. He lived in Spain and France between 1970 and 1976, when he moved to Miami. He was known professionally as Fernando Luis. (CINTAS for Visual Arts, 1971-72)