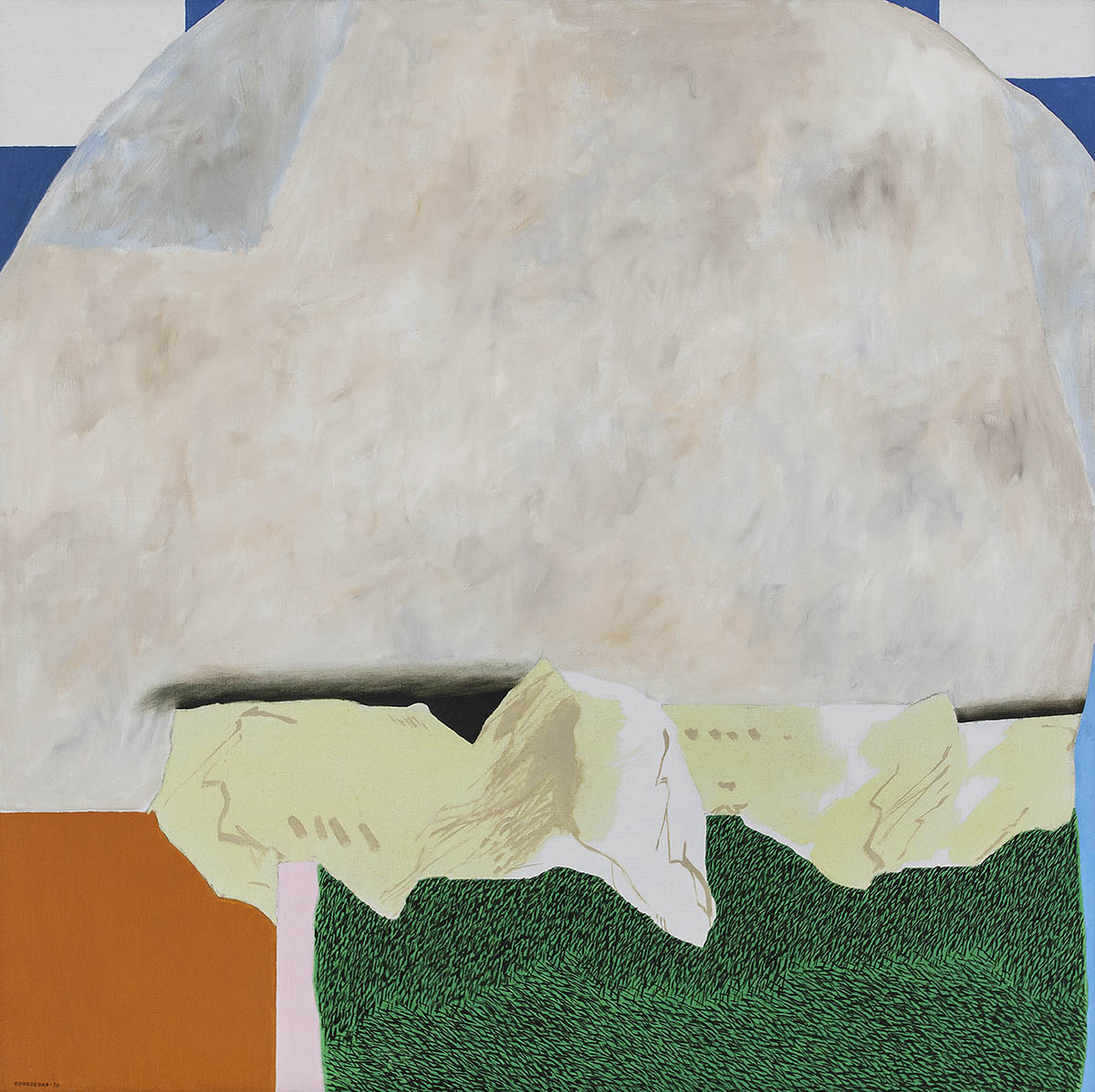 Hugo Consuegra (b. 1929, Havana- d. 2003, Rego Park, N.Y.): An architecture graduate from the University of Havana and the Escuela Nacional de Bellas Artes San Alejandro, Consuegra was one of the leading exponents of abstract expressionism in Cuba in the 1950s. He was a member of “Los Once,” the legendary group that broke from the representational style that predominated in Cuba at the time. He taught and practiced architecture in Havana and was widely exhibited in Cuban and internationally until he received political asylum in Spain in 1967. He moved to New York three years later, eventually joining the architecture firm of Brennan Beer Gorman Architects in Manhattan while continuing his painting, drawing and engraving career. His pieces are in the permanent collections of the Museo de Barranquilla in Colombia, the Museo de Bellas Artes in Caracas,  the Museo de Bellas Artes in San Juan, the Museo Nacional de Bellas Artes in Havana, the Miami-Dade Public Library and the Museum of Modern Art of Latin America in Washington, D.C., among others.  A large marble mural by Consuegra is in the lobby of the Time & Life Building, in New York’s Rockefeller Center. (Cintas for art, 1970-71, 1973-74)