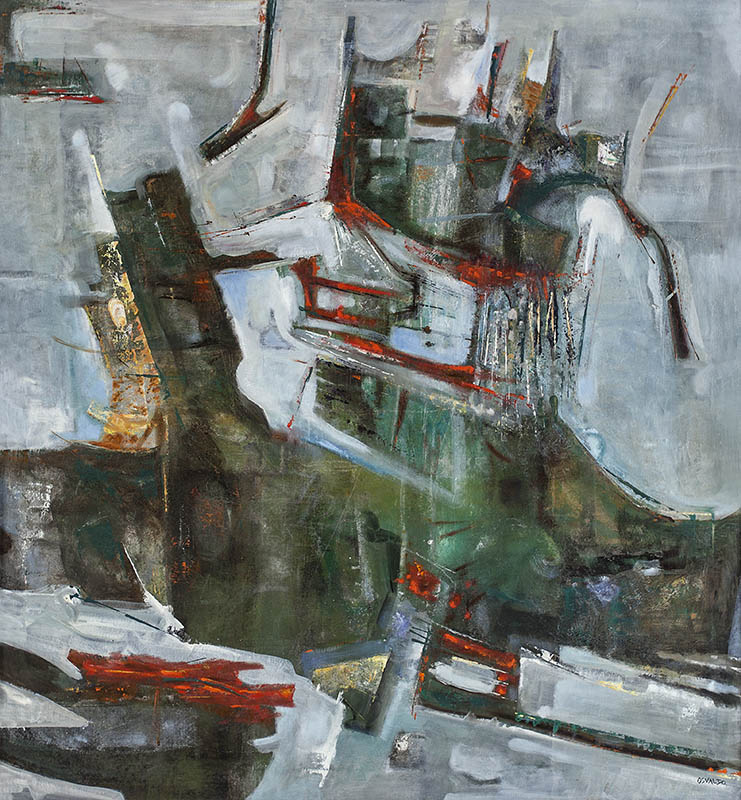 Osvaldo Gutiérrez (b. 1917, Matanzas - d. 1997, Miami) Although he worked for many years as a set designer for the theater, Gutiérrez always pursued a career as a painter and had exhibitions throughout Latin America, Europe and the United States. He participated in Art Cubain Contemporain at the Musée National d’Art Moderne in Paris in 1951, the Homenaje a la pintura latinoamericana in El Salvador in 1977 and in Hispanic-American Artists of the United States: Argentina, Bolivia, Chile, Cuba and Uruguay, at the Museum of Modern Art of Latin America, in Washington D.C., in 1979. His work is in the collections of the Lowe Art Museum of the University of Miami, the Miami-Dade Public Library, the Museo Nacional, Montevideo, and the Museum of Modern Art of Latin America, among others. (CINTAS for Visual Arts, 1970-71, 1971-72)