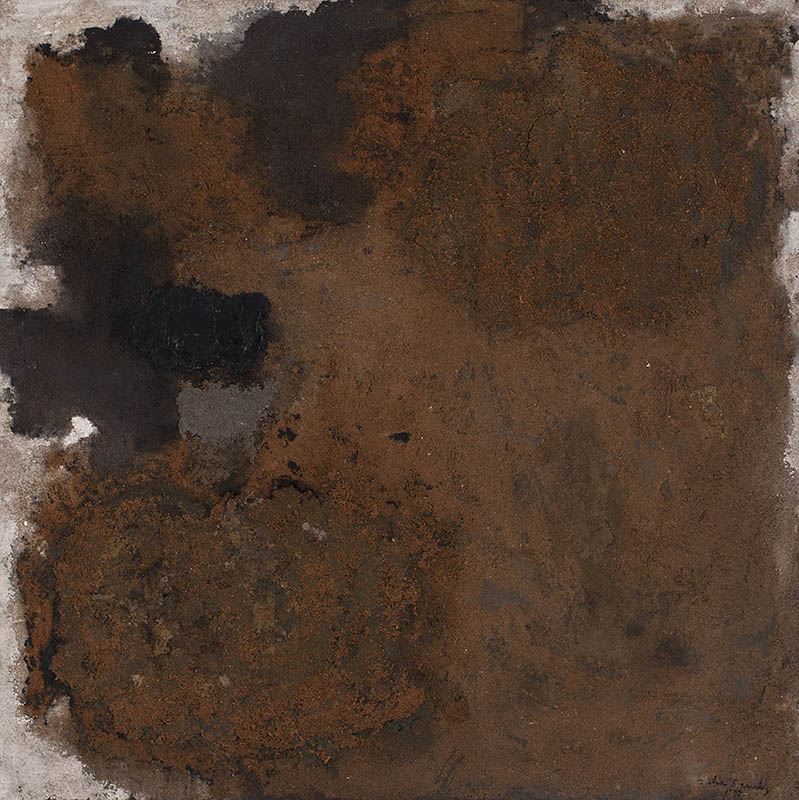 Zilia Sánchez (b. 1926, Havana) A member of the group Los Once, Sánchez has distinguished herself in the areas of painting, sculpture, drawing and theater design. She studied at the Escuela Nacional de Bellas Artes San Alejandro in Havana, at the Instituto Central de Conservación y Restauración in Madrid and at the Pratt Institute in New York. She has exhibited widely in the United States and Latin America. Among the awards she has received are first prizes from the IV Bienal de Arte de Medellín and the  IV Salón Nacional de la UNESCO in San Juan, and a prize for excellence from the Metro Art Gallery in New York. She participated in the Outside Cuba exhibition, and her work is in the collections of the Instituto de Cultura Puertorriqueña in San Juan and the Museo de Arte de Ponce, among others. In 2013,the gallery Artists Space held her first survey exhibition in New York, which the New York Times called “one of the year’s high points, a revelation and a refreshment.” (Cintas for art, 1966-67, 1968-69)