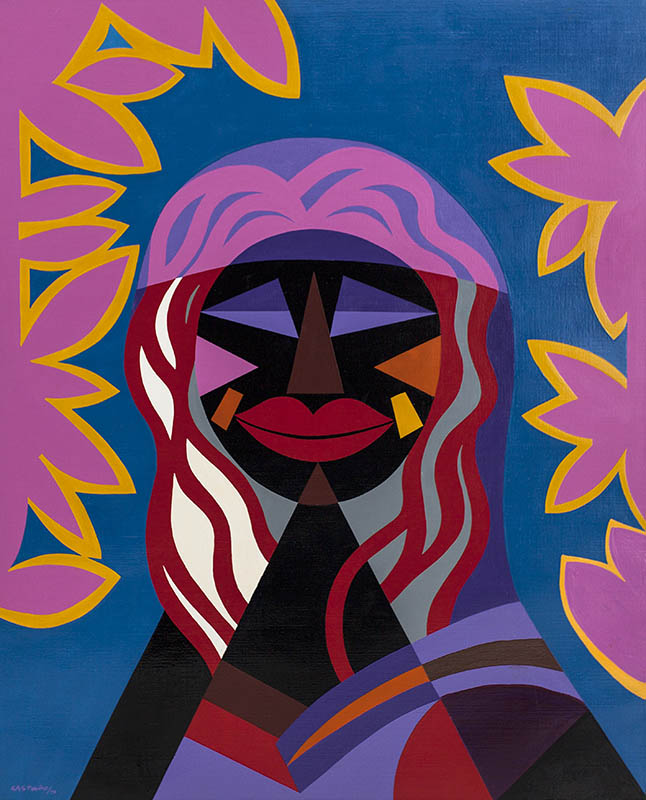 Jorge Pérez Castaño (b. 1932, Havana-d. 2009, Paris) Even though he lived in Paris since 1959, the style and themes of Castaño’s paintings stayed close to his Cuban roots. He regularly exhibited his work in Europe and the United States, and participated in group shows such as the 1998 exhibitions Three Cuban Painters in Paris at the Galerie du Carrousel du Louvre in Paris and Far from Cuba at the Musees des Tapisseries et Pavillons de Vendome in Aix-en-Provence. His work is in the permanent collection of the Miami-Dade Public Library. (Cintas for art, 1965-66)