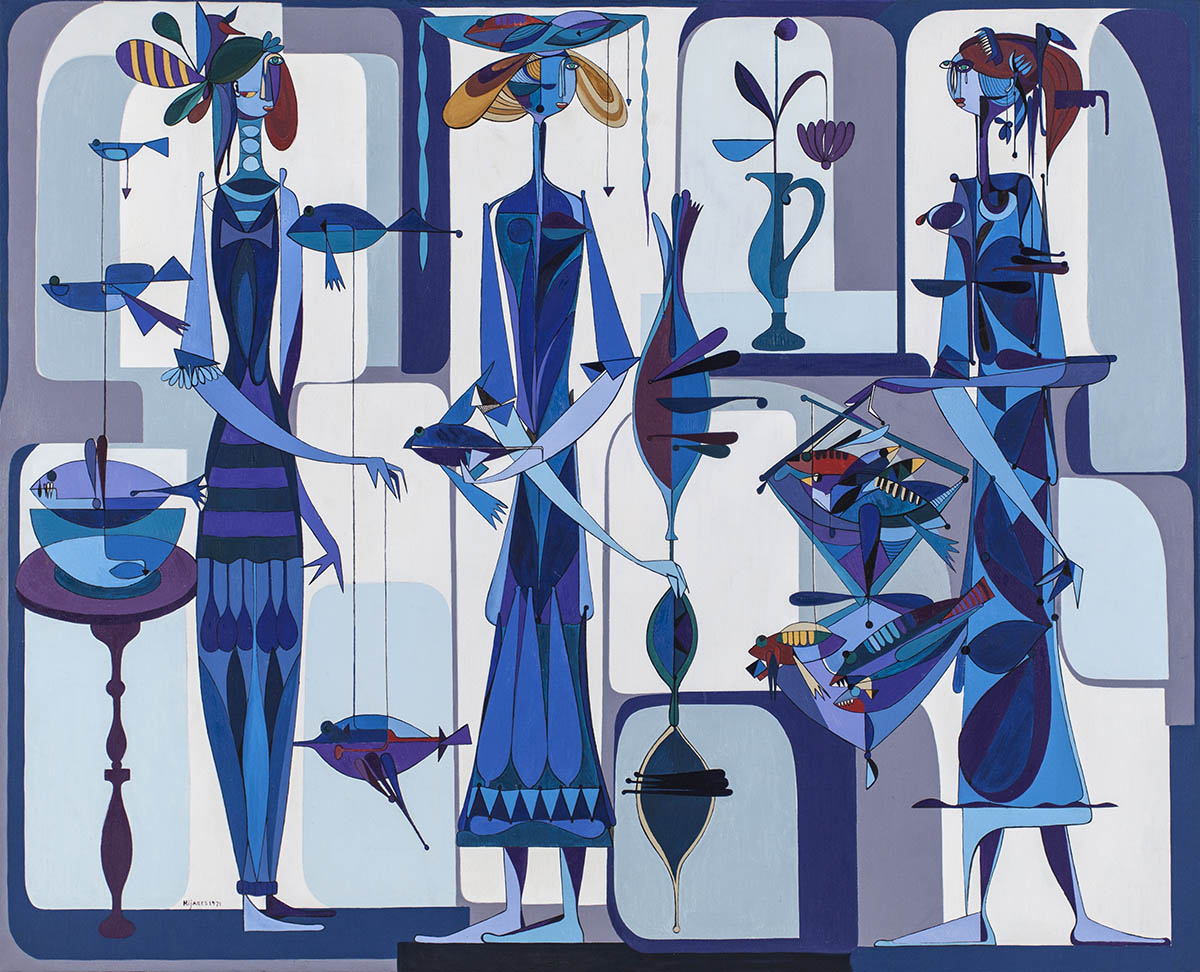 José M. Mijares (b. 1921, Havana-d. 2004, Coral Gables) A painter, engraver and muralist, Mijares was a member of the Grupo Diez Pintores Concretos formed in Havana in 1958. The artists were influenced by the tradition of European concrete painters and were pioneers in geometric abstraction in Latin America. Mijares studied at the Escuela Nacional de Bellas Artes San Alejandro and then taught there until moving to the United States in 1960. His drawings were used as illustrations in the magazine Orígenes. He participated in numerous exhibitions, beginning in 1944, when he had his first solo show at the Conservatorio Nacional Hubert de Blanck in Havana. In 1950, he won first prize at the Salón Nacional de Pintura, Escultura y Grabado in Havana. He was represented in the exhibition Modern Cuban Painters at the Museum of Modern Art in New York, the Outside Cuba exhibition and in Hispanic‑American Artists of the United States at the Museum of Modern Art of Latin America in Washington, D.C. In 1994, the Museo Cubano de Arte y Cultura in Miami celebrated his 50th anniversary as an artist with an exhibition. His work is in the collection of the Lowe Art Museum, the Miami‑Dade Public Library System, the Museo Nacional de Bellas Artes in Havana and the Museum of Modern Art in New York. Florida International University awarded Mijares an honorary degree in 2001.  (Cintas for art, 1970-71, 1971-72)