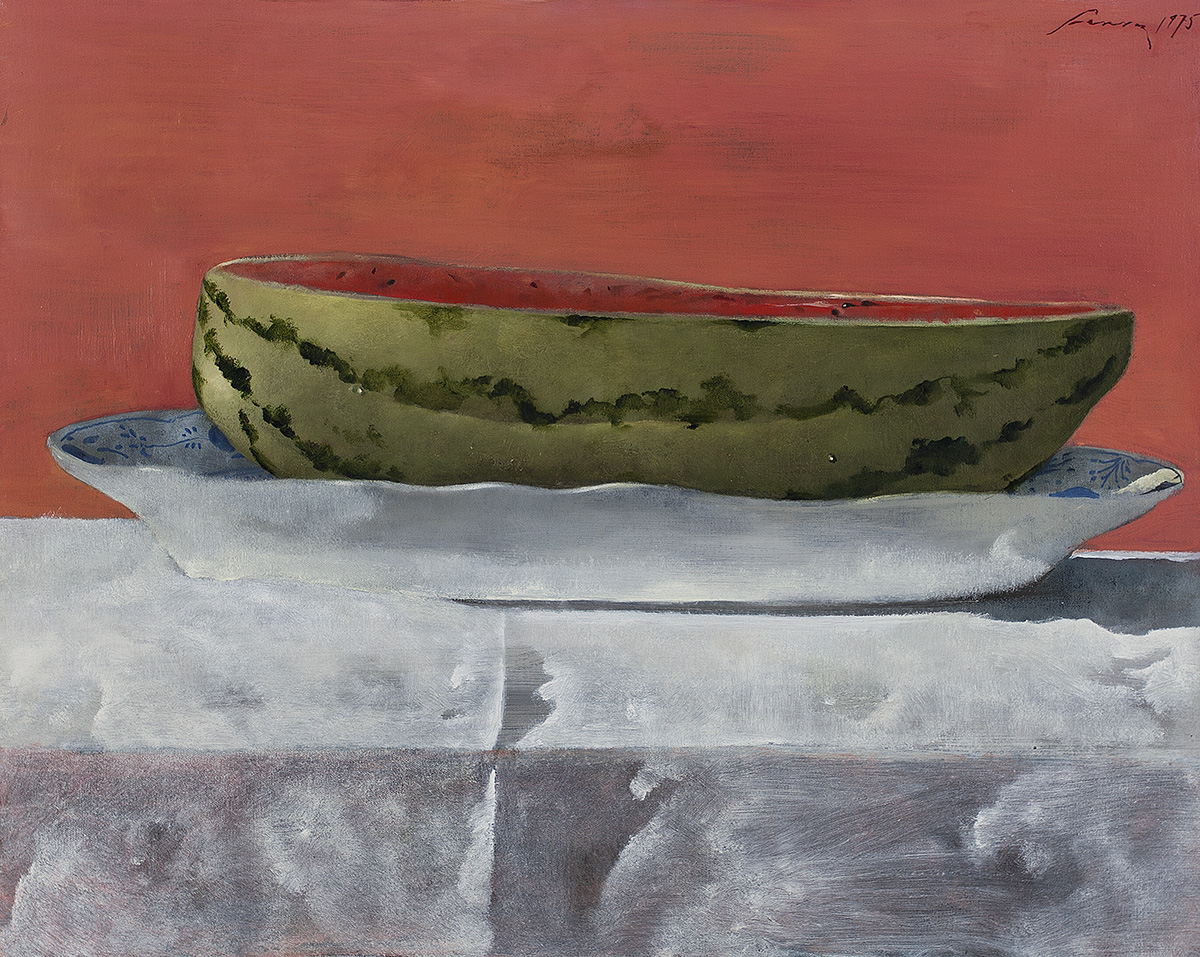 Julio Fernández Larraz (Julio Larraz) (b. 1944, Havana): The figurative works of Julio Larraz have twice earned the artist recognition from the American Academy of Arts and Letters. He has held individual exhibitions at the Westmoreland County Museum of Art in Pennsylvania; the Edward Hopper Landmark Preservation Foundation in Nyack, N.Y.; the Grand Palais in Paris; the Museo de Arte Moderno in Bogota; the Museo de Monterrey in Mexico, and the Victorian Museum in Rome, among others. His work was included in the Outside Cuba exhibition and is in the permanent collections of the Archer M. Huntington Art Gallery of the University of Texas, the Herbert F. Johnson Museum of Art at Cornell University, The Museo de Arte Moderno in Bogota, the Vassar College Art Gallery, the Miami-Dade Public Library and the Westmoreland Museum of Art in Pennsylvania, among others. Between 1968 and 1970, Larraz attended the workshops of Burt Silverman, David Levine and Aaron Schickler in New York.  (Cintas for art, 1975-76)